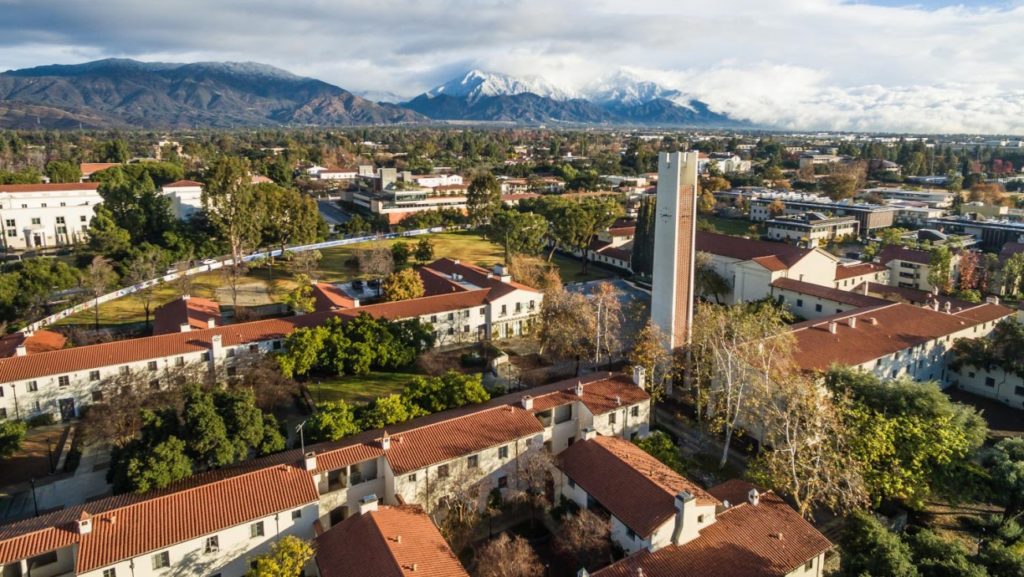 This month, it’s time to bring the College Spotlight home. By this I mean Pomona College in Claremont, California, just 35 miles east of downtown Los Angeles.

Pomona has the unique attribute of being part of a five-college consortium called the Claremont Colleges. This basically means that these five colleges work closely with one another for common educational goals and experiences. There are several other consortiums in the United States, but the most unique part of the Claremonts is that all five campuses are within walking distance of each other. Additionally, students at all five colleges are encouraged to mingle with their fellow consortium colleagues both socially and academically. In fact, Pomona students can take up to 50% of their courses at another of the Claremont Colleges! Pomona College is a special place because the students there get the best of both worlds: they receive the personal attention that comes with attending a small liberal arts college while also experiencing the social benefits of attending a larger university because of the other four colleges.

Pomona is consistently ranked in the top ten for national liberal arts colleges, and this year it grabbed the number four spot. So yeah, it’s good.  Really good. It excels in most (if not all) of its majors, but is most notably known for its science and tech programs. It also has a wonderful reputation for preparing students who would eventually like to attend graduate school. With an average class size of only fifteen students, you can imagine why.

The most appealing aspect of attending Pomona is its relentless effort to insert a little fun into its students’ college experiences. The college is widely known for its wacky superstitions and traditions. Not only is there a white-dress-wearing ghost named Gwendolyn Rose purportedly roaming the hallways of Sumner Hall, but there is also a secret society called the Mufti who have been posting messages with social and school-related commentary across campus since the 1940’s! The school also has a funny little tradition of honoring the number 47 within the student body. Yes, you heard me; they love the number 47. As legend has it, the obsession with the number 47 started in 1964, when a professor named Donald Bentley challenged his students to disprove his theory that 47 showed up in nature more often than all other numbers. Since then, the number has held its tradition of importance. Weird? Yes. Awesome? Also, yes.

So, if you are smart and curious (and love the number 47), Pomona might be for you. Check out more info at: www.pomona.edu