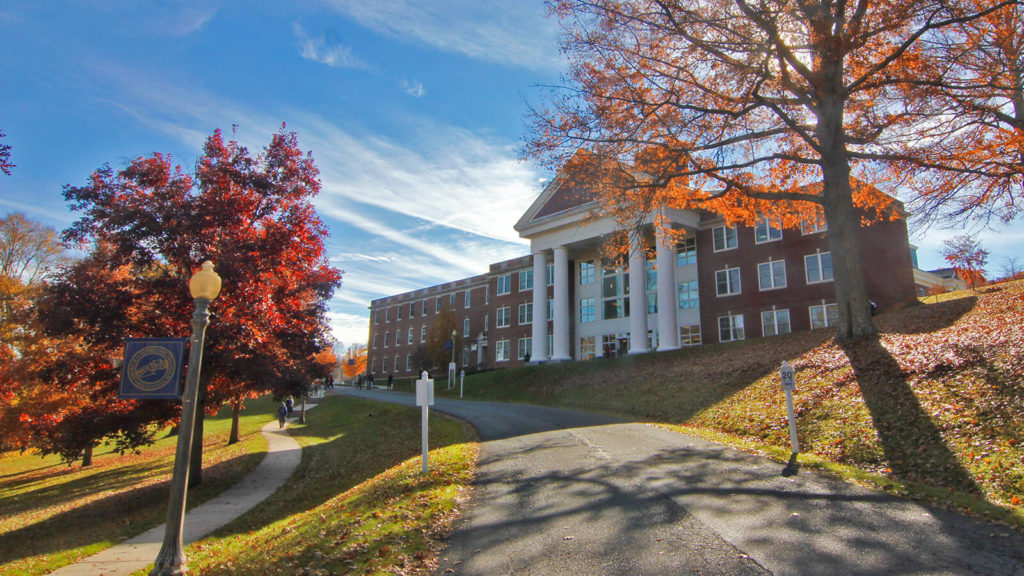 This month is all about being thankful, giving to others, and turkey. (Mostly about the turkey, though.) So, we are putting the spotlight on a college that encompasses all of the good things that Thanksgiving is about year round, not just on one day.

Emory & Henry College resides in the small village of Emory, Virginia – the very state where the first Thanksgiving took place!  It is surrounded by the Appalachian Mountains and has a student population of under a thousand people. It is a private, liberal arts college founded in 1836, which makes it the oldest institute of higher learning in Southwest Virginia. You could say that it has the feel of Colonial America but with all of the educational opportunities of the 21st century. Isn’t that a-“maize”-ing?? (Warning: more Thanksgiving puns ahead.)

But, the most Thanksgiving-ish quality of the school comes in the form of service. The college’s mission rests largely on its commitment to civic virtue. It has been nationally recognized as a “College that Changes Lives,” it received the 2009 President’s Award, which honored six colleges for being leaders in civic engagement, and it was rated in the top five of service-learning colleges in Newsweek magazine’s 2011 college rankings. Many students volunteer at the school’s Appalachian Center, where they can work on long-term and short-term projects that focus on helping the poorer, rural communities of the Appalachian’s. And, that is just “gravy” in my book.

As far as academics, Emory & Henry is as good as pumpkin pie. In 2010, it was ranked in the top 30, nationally, for liberal arts colleges by Washington Monthly. The faculty to student ratio is small (10:1), which results in class sizes with fewer than 20 students. It has more than 26 programs to choose from in its liberal arts curriculum. Most telling of all, however, is that the student satisfaction rate is well above the national average.

So, are you “stuffed” yet by all of these awesome facts? If not, don’t be a turkey! Click the link and find out more! Happy Thanksgiving!