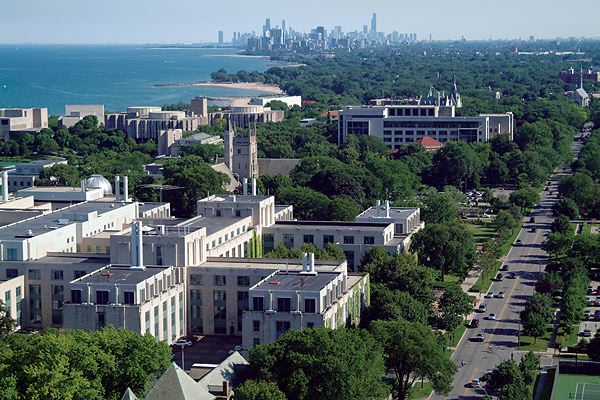 I’ve said it before, and I’ll say it again: Chicago is my kind of town. From its beautiful architecture to its picturesque lakefront, this city is one of the prettiest that exists. But, I know what you’re going to say: it’s cold. And, I concede, it is. But, this is college! You’re up for the challenge, and you know those two weeks in October when the leaves are starting to change and the weather is just crisp enough to pull out that cute jacket that you’ve been hoarding all year? Those two weeks are worth all of that bone-piercing coldness you might experience.

That said, there is so much more for you in Chicago than stylish clothing opportunities. There is also Northwestern University. NU lives in a small suburb just outside of Chicago called Evanston, Illinois. But with a just short train ride on the Red Line of the city’s “L” train system, you get to experience everything wonderful about living in Chicago, while still feeling like you are part of a small, college town. This private school has three campuses – its main campus of 240 acres, a mini campus in the city of Chicago itself, and its recently opened satellite campus in Doha, Qatar. It also is home to just under 20,000 students from all over the world.

Northwestern is known for its excellence in many areas. Its schools of journalism, management, engineering, and communication, for example, are just some programs that have been consistently recognized on a national level. It is also one of the largest research universities in the whole country, with a research endowment of around 7.1 billion last year. That’s right, I said BILLION.

You would also never think that a university located in such a cold city would be known for being green, but Northwestern is… in a manner of speaking. Since 2009, it has been part of the Green Power Partnership’s top 10 list for universities that purchase energy from renewable sources. On top of committing to its own sustainability, the school is very dedicated to researching and teaching green living to others with their Initiative for Sustainability and Energy at Northwestern program. These days, many students are choosing to attend schools that put an emphasis on being environmentally conscious, and Northwestern has emerged as one of the best options.

If you’re concerned that attending a private university might limit your college sports and activity experiences, don’t worry. Northwestern has you covered. As one of its founding members, Northwestern remains as the only private school to be apart of the Big 10 Conference. With 19 athletic teams, several national championship titles, and many postseason appearances, students are not denied anything to cheer for.

So if you think that you can take on the challenge of being a little bit (excruciatingly) cold once in awhile (eight months out of the year), Northwestern and the city of Chicago will not disappoint you. (It’s really not that bad.) For more information go to: http://www.northwestern.edu/