The US Naval Academy 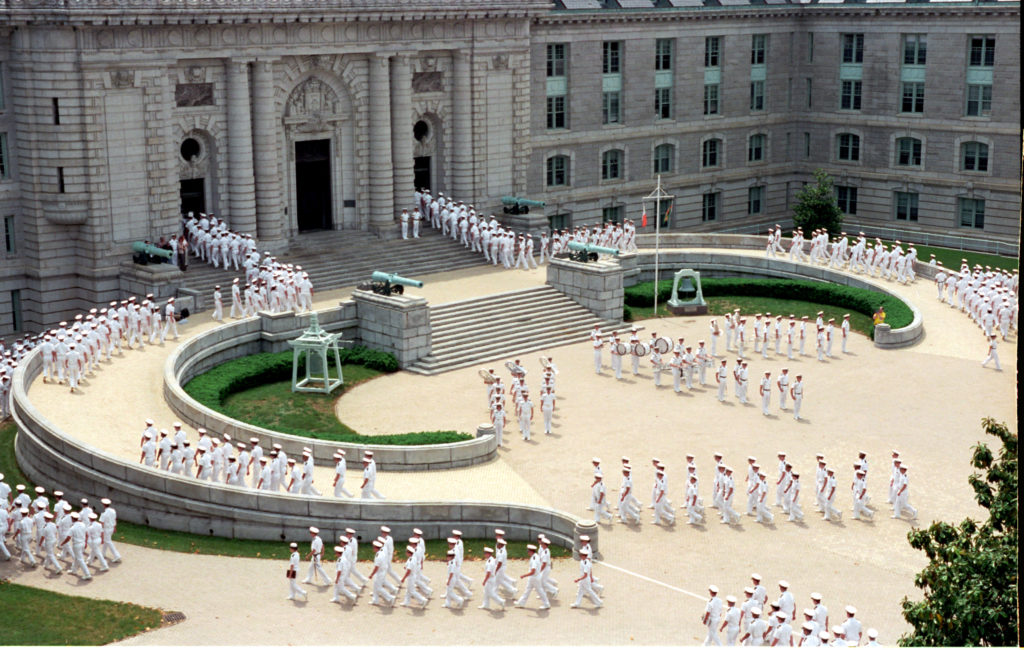 When we’re learning about new colleges at College Right, we like to pretend that we’re students currently going through the process of college selection. It’s a great way for me to see a school in ways that would actually matter to you, the real student. It also makes me feel much, much younger than I am. So that’s good, too. With that in mind, I’m not going to lie to you. After about five minutes of researching the U.S. Naval Academy, I became slightly terrified for my imaginary self applying to this college. Terrified, but impressed.

Like the U.S. Navy itself, it is not a school for the faint of heart. The USNA exists to prepare young people to become officers in the U.S. Navy and Marine Corps. In fact, all students serve at least five years after graduation. If your goal is to be accomplished and disciplined in every aspect of your life, not just in your career, this might be the perfect school for you (you overachiever, you). Former College Right students who have gone on to attend the Academy talk about learning confidence and discipline that stays with them long after graduating.

The school was founded in Annapolis, Maryland in 1845 by the Secretary of the Navy, George Bancroft. Over the years, the academy has grown to represent the technological advancement and growth of the Navy itself. And its historical grounds serve as the perfect setting for the school’s rich traditions and commitment to excellence.

Graduating from the USNA is not an easy accomplishment, though. The summer before freshman year, students are turned into midshipmen by embarking on a seven-week, basic training program, complete with extensive physical drilling and courses about naval procedure. (I’m tired just thinking about it.) By the time their first year commences, students have already adjusted to the disciplined lifestyle that the next four years will require. The point is that you will be waking up at 5:30 a.m. most days of the week and doing jumping jacks. But just think of all of those beautiful sunrises. (Right?!)

The most impressive part of the Academy is the way that it prepares its students for advanced careers in the Navy. The curriculum is focused on math, science, engineering, and technology – all areas that are important to the success of a naval officer. As students get further into their education, the majors are specifically focused on preparing them for advanced professional training and postgraduate education – a thing that most students go on to attend.

Attending the Naval Academy is not going to be like another four-year university. This school is for the student looking for a challenge. It’s for the student who is unwilling to settle for anything but the best. So, if you’re the kid that makes your classmates mad by winning everything at the end-of-school award ceremony each year, go here for more info: www.usna.edu.