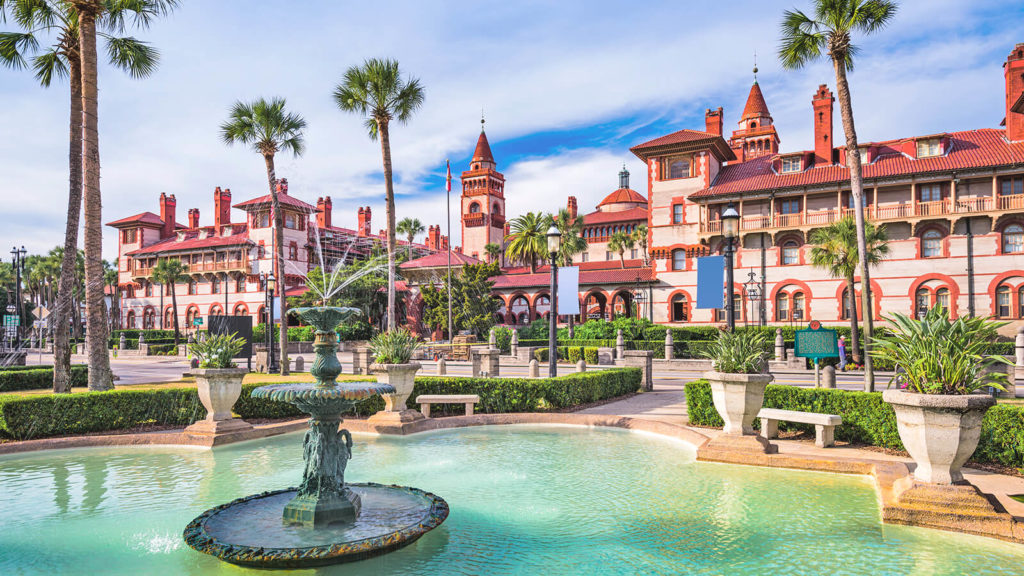 Admittedly, when you think of Florida, you think of old people, Jeb Bush, and Gloria Estefan. Oh! And Disney World!  But guess what else you should associate with Florida? Flagler College.  Yep, that’s right!

Flagler is located in historic downtown St. Augustine, and it’s a small school known for its interactive classes – there are literally fewer than 30 people at a time in any given class. Flagler’s strong points include an emphasis in the liberal arts, and most of its students major in either education or communications.  Students can study abroad at virtually every college in the country now-a-days, and most places encourage students to do so at some point during their four years on campus.  Flagler, however, goes a step beyond this by offering faculty-led study abroad programs in places like Belize and Australia. Additionally, Flagler offers “study away” programs, where students can, for example, study writing in Northern California or communications in Manhattan for a semester.

For those of you who are nervous about leaving the familiarity of your hometown here in Southern California, there’s good news! Flagler is a five-minute drive away from, what is generally considered to be, one of the most beautiful beaches in the country. It’s no surprise that most students surf on the weekends. (Or, er, during the week. No telling when those waves will hit!) But Flagler kids are not your average beach bums. Most students are very politically active, socially active, and have causes they really care about supporting. The arts are also very important here; while you may not be majoring in drama or the fine arts, chances are you will eventually be involved in some show or gallery opening. This fall, the theatre department is putting up Samuel Beckett’s Endgame. Subversive!

Oh, and wait.  Did I not mention that the dorms are all (supposedly) haunted? You could set up your own “Paranormal Activity” camera and make a hit movie while you earn your degree. Or maybe, you hate ghosts and would rather live forever? Lucky for you, the Fountain of Youth is located in historic St. Augustine, keeping you fresh for class each day. We really like Flagler College because it offers a pretty unique four-year experience, along with a top-notch education. And if you can brave all the retirees on the road, Disney World is only a two-hour drive away.