Tisch School of the Arts, NYU 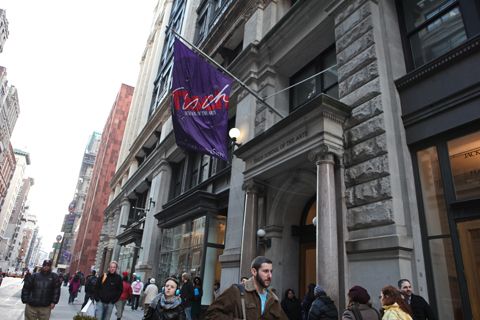 Tisch School of the Arts, NYU

February is the month of love, and when I think of love, I think of DRAMA. Okay, okay, I don’t mean drama in the “he didn’t call me” sort of way. I mean drama in the romantic, explorative, theatrical way. So this month, I want to focus on a school that excels in the art of educating in, well, the arts. Let’s draw a little heart around the Tisch School at NYU.

Located on Broadway in the heart of New York City, the Tisch School is known nationally for its rigorous acting curriculum. Tisch has produced some of this country’s finest actors such as Phillip Seymour Hoffman, Woody Allen, and Marcia Gay Harden. The school offers many different art programs ranging from photography to cinema studies to dance; however, its performance studies and B.F.A in Drama is what Tisch is most well known for.

Admission to the drama program is a two-part process that first requires admission into NYU, followed by a private artistic review/audition. I’m not going to lie – the school is selective. Nobody ever said love was easy. Once admitted, though, Tisch provides an unmatched education in the craft of acting. This school creates well-rounded, well-educated, courageous, and prepared artists who are ready to take on anything after graduation. So is the tough admission process worth it? Picture Renee Zellweger saying, “You complete me,” to Tom Cruise in Jerry Maguire, and you’ll have your answer.

The curriculum is based on four different components. The first, Professional Training, is a conservatory-style training program that revolves around mastering technique. Students are placed in one studio from a network of studios in New York, and they are schooled in that studio’s unique method, sometimes up to 45 hours per week. After two years, students’ professional training becomes even more focused with personalized options like study abroad and advanced training.

The second component of the program centers on general theater studies, which give students a more balanced and complete education of theater. The final two components of the drama degree are the general requirements and electives. These provide students with the opportunity to pursue a dual degree in a different subject or just gain a deeper understanding of their art. On top of these components, Tisch’s location in New York City offers students many unique opportunities to bring their art into the real world. Many students have agents and are already working professionally upon graduation.

This school is for the serious acting student only. It’s a school for someone who knows what he or she wants and is ready to commit. In other words, it’s not a silly fling; it’s true love in full force! For more information: www.drama.tisch.nyu.edu