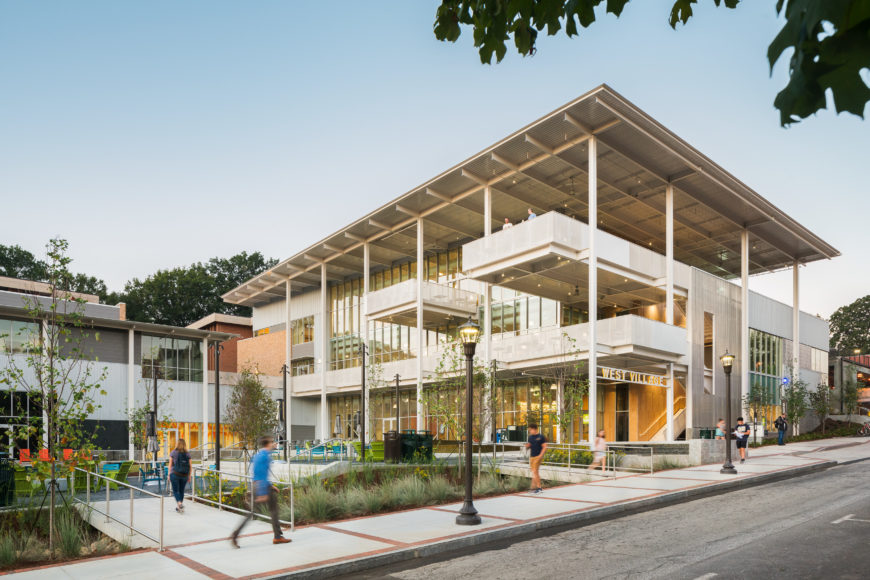 Truth: I always wanted to be an astronaut. Okay, okay, everyone on the planet wanted to be an astronaut at some point in their lives. But with the current spotlight on our country’s space program and the Mars rover mission, my old ambition is now resurfacing itself in this month’s College Spotlight. So if you have had similar dreams of moon rocks, space flight, and amazing scientific discoveries that propel mankind into the future, you should listen up!

So, what is the first step to becoming a real astronaut (or having any job related to space and science)? Attend a school that is nationally known for its amazing science and engineering degrees, research programs, and quality of education. And it just so happens that the Georgia Institute of Technology is exactly that type of school.

Georgia Tech is, hands down, one of the best public universities for students interested in science and engineering. In fact, its own mission states that it is a school “distinguished by its commitment to improving the human condition through advanced science and technology.” A staggering 65 percent of graduating students leave with a degree from the engineering school, and its alumni includes a large group of notable scientists, engineers, NASA administrators, and more. Most of the school’s programs are highly ranked year after year, but most noteworthy are its degrees offered in tech engineering, industrial engineering, and biomedical engineering.

The school is located in the city of Atlanta, but the opportunities for travel and extended research are endless. With satellite campuses in Savannah, Georgia, France, Ireland, China, and Singapore, students are encouraged and supported to “think big” and expand their knowledge through worldly experiences.

You’d think with a school so focused on science, athletics would not even make an appearance. But, incredibly, at Georgia Tech, you get the best of both worlds. Students proudly support their Yellow Jackets in sports ranging from Division I football and baseball to swimming and cross country. The football staduim is even front and center as soon as you step onto the campus. Astronauts have to be in shape too, after all.

So if you are feeling inspired to reach for the stars in your college selection, perhaps Georgia Tech is the school for you! Check out more at: http://www.gatech.edu/