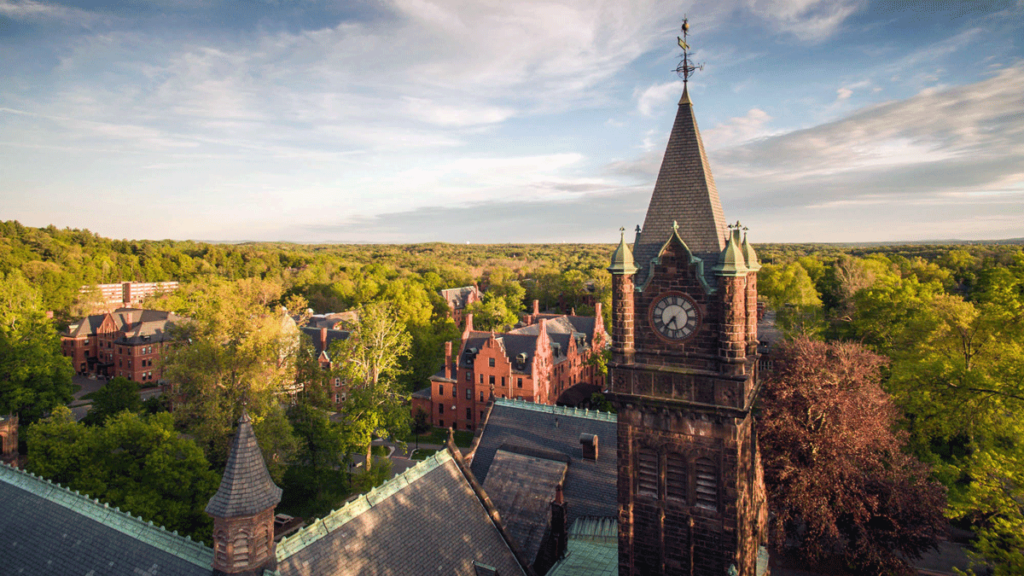 Ladies, listen up, because this month, we are going to talk about a college that is completely devoted to the empowerment of young women like you! Mount Holyoke College was founded by chemist Mary Lyon almost a century before women were even allowed to vote. Since then, it has stood as a model for higher education and has produced some of the world’s most accomplished women writers and scientists.

Holyoke is located in the town of South Hadley, Massachusetts on a campus that was recently ranked #9 amongst the nation’s most beautiful campuses by the Princeton Review. It was the first of the Seven Sisters colleges, which is considered the female equivalent to the historically male-dominated Ivy League. Mount Holyoke is also one of the best schools for any woman wanting to study writing, and has produced some of the world’s best known female writers, including Emily Dickinson. But, don’t let this stop you if you’re not a budding writer because the college is also known for its sciences and research programs.

There are a little over 2,000 women in its student body, which keeps classes small and campus participation high. The faculty is rich with nationally and internationally known talent, and the school has ranked #1 for “Best Classroom Experience” and #9 for “Schools That Run Like Butter.” There are 50 majors offered, but students are also allowed to design their own major if something more specific is needed. On top of all of that, around 200 students a year participate in the college’s well-known study abroad program. Whew! We’re exhausted just thinking about all the amazing things that go on there.

What I’ve written above may make Holyoke sound like it’s just about accolades and education, but the fun and traditions of this historic institution are just as plentiful. For instance, every year it is tradition for the school’s president to randomly choose a particularly beautiful autumn day and order the bells of Abbey Chapel to be rung throughout campus. This event is the beginning of Mountain Day, where all classes are cancelled and many students spend their day hiking up Mount Holyoke or just spending time outside.

Perhaps Mount Holyoke College isn’t for everyone (ahem, boys), but if it does seem like a place you may flourish, make sure to check out more information here: www.mtholyoke.edu.