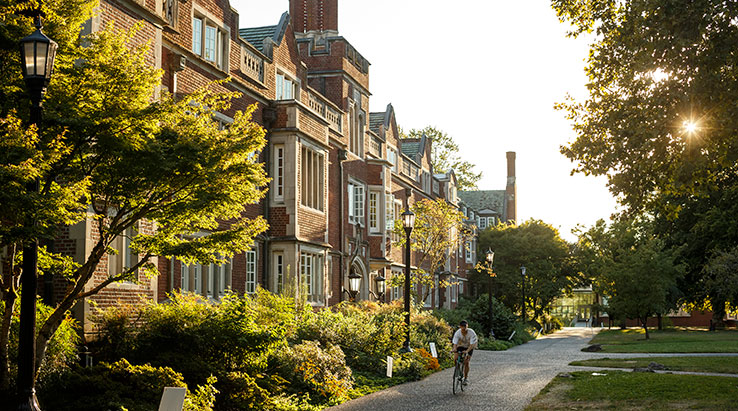 When I was in high school, I had a crush on a boy named Will. Will was, well, different. He hard long, dark, shaggy hair, and listened to indy rock bands I had never heard of. Will could quote Walt Whitman and do your AP Calculus homework for you. He was incredibly sweet with a shy, confident air that made him all the more mysterious. Guess where he went to college?

Reed College is a liberal arts school of about 1,500 kids located twenty minutes from downtown Portland in Oregon. In 2009, The Princeton Review’s college guidebook ranked Reed number five in the category of “Birkenstock-wearing, tree-hugging, clove-smoking vegetarians.” Meaning, Reed is a pretty liberal place. However, to classify Reedies as a bunch of hippies would be doing them a huge disservice. Reedies are outrageously smart, incredibly motivated, and proud of their college’s eclectic vibe.

Though Reedies love to have fun (the school’s website boasts a page entitled “9,437 Things to Do When You’re Not Studying”), Reed College is serious about its academics. All incoming freshman are required to take a class called Humanities 110 – an intensive introduction to the classics, covering ancient Greece and Rome, as well as the Bible and ancient Jewish history.

But before you get all Jack Nicholson in The Shining on me, let me say that while Reedies work hard, they play even harder. Every year the students and faculty hold a three-day celebration called the Renn Fayre. This celebration is sort of like an alternatively themed renaissance fair, but with cool, smart people instead of weirdos. There’s a naked Slip N’ Slide, a beer garden (dangerous combo for me), full contact human chess, a fire-dancing performance, parachuting, and multiple bug-eating contests.  Reed definitely isn’t for everyone and, if you ask any of the kids on campus, they’ll tell you that’s just the way they like it.

And one more reason we love the school? It strayed from the pack and each year chooses to abstain from submitting any admissions data to U.S. News & World Report for their so-called America’s Best Colleges issue.