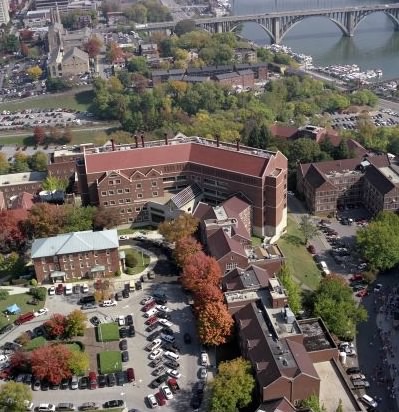 When I think of the University of Tennessee, only one word really ever comes to mind – football. As someone who attended another SEC school, it’s hard for me to see much past an opposing school’s sports program. However, the more research I did on the University of Tennessee, the more I realized that “exceeding expectations” is exactly what this school is all about. So, yes, we all know that the Volunteers can play a great game of football, and being a student on campus means you’ll get that traditional “rah-rah” college experience, but I want to tell you about the things you may not know about this amazing school.

UT was established in Knoxville in 1794, two years before Tennessee was even an official state, making it one of the oldest public institutions in the country. How’s that for forging the path? It was originally named Blount College and closed down three times before reopening as the University of Tennessee. Each time it faced extinction, this university overcame the odds and ended up becoming stronger because of it. It is safe to say that this school has had the time and experience to get it right.

The most interesting thing that I learned about UT was its contributions to the world of science. Tennessee is one of only five sun-grant universities in the US, meaning that UT receives a government grant for its work researching and discovering alternate, environmentally friendly, and sustainable energy. In fact, the United States Department of Energy has named UT’s School of Agricultural Sciences and Natural Resources as having the “best local clean fuels program in America.” So, if you’re a future scientist who dreams of clean emissions and hydrogen-fueled cars, you can’t really find a better place to start your education than in Knoxville.

However, if the sciences that you’re interested in are more computers and space than hybrids and wind, UT has lot to offer you as well. Not only does the school harbor the most powerful educational super computer in the country, but it also is a participant in the Open Science Grid, which contributes to the evaluation of data from the groundbreaking Large Hadron Collider in Switzerland. It is also the teaching home of the world’s leading expert in meteorites and many other nationally and internationally recognized educators. Who knew all of that old-school, southern charm would produce such new-age, technological achievement!?

So, of course, the University of Tennessee has an amazing sports program. It has all of the clubs, activities, and Greek life that you’d expect from a large public university. But, if you really want to know what this school is about, expect the unexpected. Because that is really what UT is all about!