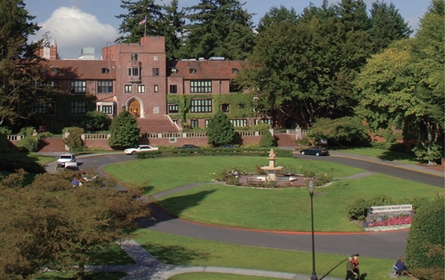 College means many different things to students. Sometimes, it represents a time and a place to explore your interests, a chance to experience new environments, or an opportunity to immerse yourself into other cultures. Other times, it represents parties, fraternities, and sororities. If it happens to mean all of these things to you, you should probably read on.

The University of Puget Sound has been described as a “bright spot on the map of American higher education.” Located in Tacoma, Washington, the University is highly selective and highly regarded. Educationally, it is one of the top liberal arts schools in the Pacific Northwest. According to the National Opinion Research Center, it is the number one baccalaureate college in Washington State for producing graduates who go on to earn doctoral degrees. It has many amazing undergrad programs – music and Asian-studies, to name a few. And it has also been ranked twice as one of the top 20 colleges with the “Most Accessible Faculty,” in The Princeton Review.

We also like Puget Sound because it’s a school that teaches its students about the importance of having a global outlook. The study-abroad program is a popular addition to curriculum, with more than 40% of students studying in over 40 different countries. It is especially worth consideration for students interested in studying subjects relating to or revolving around Asia, as the school has close ties to the continent. And although the university is relatively small with around 2,600 students, it is rich with diversity. 44 states and 16 countries are represented in the student population.

Living in Tacoma and on the Puget Sound campus is an experience that you’d have a hard time replicating at other schools. For instance, the dorms and campus houses are actually themed by interest and course study (ex: the Humanities House) in order to connect learning with living. Students are immersed in their interests on a constant basis. The beautiful scenery that surrounds the school is also not lost on its faculty or students. The nearby Cascade and Olympic Mountains, Pacific Ocean, and national parks inspire an abundance of outdoor programs and classes. The school also has a ton of social activities including academic clubs, sports, and a small Greek system.

So if you want to attend a school that is small but global, diverse but focused, and FUN, you should visit Puget Sound’s website and learn more! www.pugetsound.edu