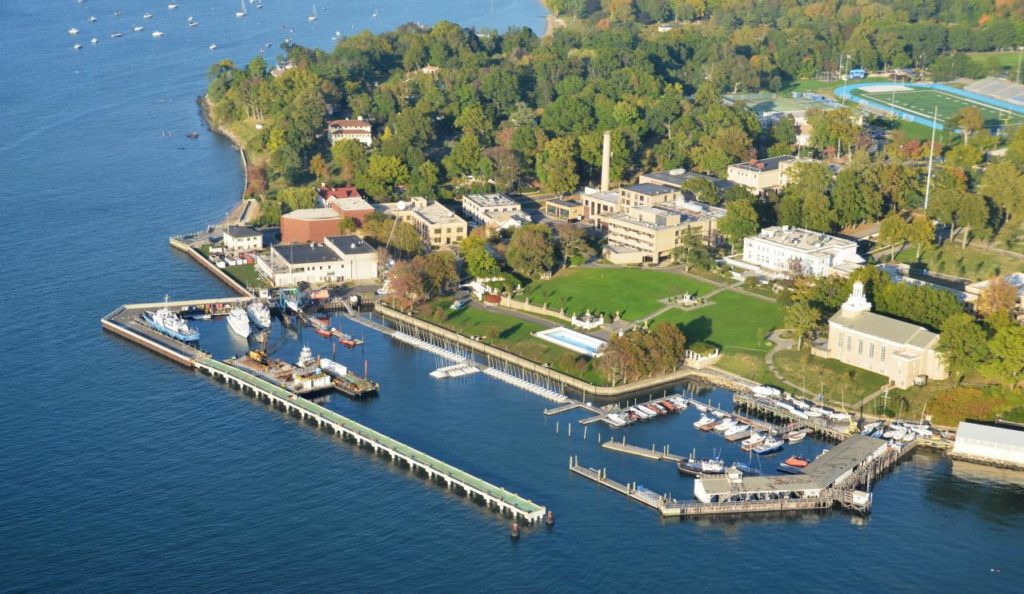 Located in Kings Point, New York, the U.S. Merchant Marine Academy is a national institution that trains and educates young men and women to become Merchant Marine officers. Also known as U.S.M.M.A or more simply, King’s Point, the academy has a well respected history that includes being one of the first five federal service academies to admit women, devoting its resources to meet the emergency needs of Merchant Marine officers during World War II, and helping to evacuate civilians and transport first responders on 9/11.

King’s point is well known for having a pretty demanding curriculum. Students are expected to come ready to be challenged and pushed to their limits, both intellectually and physically, so that they will one day become effective and successful leaders. The regimented program requires the completion of more credit hours than other federal service academies over the course of four years, and one of those years is spent gaining practical experience by working on commercial vessels that sail to various ports around the globe.

The academy has approximately 1,000 students or Midshipmen, as students are more commonly known. Midshipmen are trained in marine engineering, navigation, ship administration, maritime and international law, management, customs, and other subjects pertinent to running a large vessel. King’s Point offers Bachelors degrees in a number of Marine-related studies, including Marine Transportation, Marine Logistics and Security, and Marine Engineering.

But all the training, drills, and classroom time doesn’t mean that Midshipmen aren’t allowed to have any fun. King’s point offers students a variety of activities and services that include clubs, professional organizations, and culture activities (also, New York City is only 20 miles away). Sports are also pretty prominent on this campus, and include men’s and women’s basketball, lacrosse, swimming & diving.

Upon graduation, students hold both a Bachelor of Science degree as well as a U.S. Coast Guard License, and have to complete a five-year service obligation. Each student can individually decide as to whether he or she will spend those years serving as an active member of the armed forces or working as a civilian in the U.S. maritime industry while simultaneously serving as a reserve officer.

So what does it take to get into the academy? In addition to having a strong GPA and SAT/ACT scores, students are required to be of good moral character, hold U.S. citizenship, meet physical and security qualifications, and obtain a nomination from a member of Congress (now that is one impressive recommendation later). The rigorous admission requirements, coupled with the challenging workload that Midshipmen undertake, make academy graduates highly sought after as military and merchant marine officers.